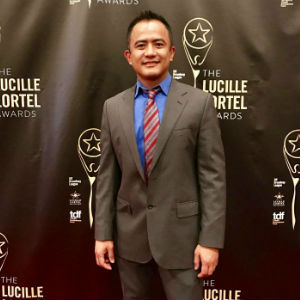 The American Health Council selected Allan R. Mendez, DPT, SCS to its Board of Physical Therapy for his outstanding contributions to improving his patients’ health and well-being through physical therapy. In his second year as co-owner of Silver Lake Physical Therapy & Sports Rehabilitation and a Doctor of Physical Therapy at the New Jersey practice, Dr. Mendez assesses a variety of patients from student-athletes to the geriatric population. He has spent nine years in the healthcare industry expanding his skills and knowledge in physical therapy, orthopedics and sports medicine.

Dr. Mendez decided to pursue a career in his profession because he had an aptitude for the sciences when he was younger. He initially considered a career in nursing but he eventually decided to pursue physical therapy because it best suited his career goals in healthcare. After obtaining a bachelor’s degree in his native Philippines, Dr. Mendez relocated to the United States and pursued a Doctor of Physical Therapy degree from Utica College in 2012. In 2016, he earned board certification from the American Board of Physical Therapy and the following year, he completed a fellowship diploma at the London Academy of Sports and Health Sciences.

In his fifth year as co-owner of Silver Lake Physical Therapy & Sports Rehabilitation, Dr. Mendez continues to provide an innovative approach to patient treatment grounded in fun and entertainment. He ensures that patients and their families both partake in the treatment recovery process by providing activities such as karaoke so that patients do not focus on pain associated with their injury. He has expanded his expertise in treating patients with musculoskeletal disorders and various orthopedic and neurological conditions with an emphasis on evidence-based treatment including manual therapy and neuromuscular re-education therapy to achieve desired treatment goals.

To continue to expand his skills, Dr. Mendez is a member of the American College of Sports Medicine. He volunteers with the New York City Marathon to raise awareness on his medical views, as he believes awareness is the best preventive medicine. In his free time, he enjoys musical theater, traveling and exploring his surroundings. He completed his goal to visit all 50 states last September and he is planning to visit Europe again this year.

He attributes his success to following his dreams without fear or questioning himself and his goals. His friends and family provided enormous encouragement for him. He is very thankful to his friend and business partner, Dr. Marilyn Umali-Dizon, for his professional achievements. Dr. Mendez is proud of the opportunity to make his family, friends and his community in the Philippines as well as his local New Jersey community proud. He plans to continue to excel his career by taking academic courses to expand his knowledge so he can continue to give the best possible care to his patients, as well as uphold the standard of care that his practice is known for.