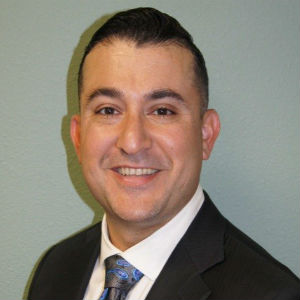 As a result of a car accident, Dr. Auer’s father became a T10 complete paraplegic when he was 19 years old. Since then, his father unknowingly inspired Dr. Auer to pursue a profession in physical therapy from observing his father’s functional independence. He enrolled at St. Philip’s College and earned an Associate of Applied Sciences degree in physical therapist assistant in 2002. He later earned a Bachelor of Applied Sciences in physical therapy and a Doctor of Physical Therapy from the University of Texas Health Science Center, San Antonio in 2011. He is certified in Neuro-Developmental Technique, Neuro-Integrative Functional Rehabilitation and Habilitation and EKSO Robotic Exoskeleton User Level 1 and 2.

After serving as a physical therapist assistant at several hospitals and practices, Dr. Auer eventually landed at Doctors Hospital at Renaissance Health System in 2006 where he served as a physical therapy assistant for nearly three years before returning in 2012 as the inpatient rehab therapy supervisor. In 2016, he assumed the role of director of rehabilitation — the first role of its kind at the hospital — where he now attends multidisciplinary rounds in the acute hospital and constantly seizes any opportunity to educate other disciplines, physicians, administrators and patients. Additionally, he is fiscally responsible for his service lines and for making sure the hospital’s outcomes remain evidence-based, patient-centered and innovative.

Throughout his career, Dr. Auer has experienced significant highlights and accomplishments. He created the only amputee support group and the only spinal chord injury support group in South Texas. He served on the committee at Doctors Hospital at Renaissance for planning and achieving CARF accreditations, he organized two neuro-developmental technique certification courses held at the hospital for South Texas therapists. He was a keynote speaker for the South Texas College Physical Therapist Assistant program graduates and organized the purchase and training for the robotic exoskeletons at the hospital. He initiated the consultative relationship between Shirley Ryan Ability Lab and the hospital, as well as created and implemented the new service line of lymphedema therapy to complement the hospital’s Breast Cancer Center of Excellence. He assisted the hospital’s Level 3 Neonatal ICU by developing and creating a larger therapy presence specifically designated to the NICU.

Dr. Auer is a member of several professional associations, including the Neuro-Developmental Treatment Association and various community, amputee, spinal chord injury and stroke support groups. He is proud to hold several personal accolades, including receiving the Clinician of the Month award at both HealthSouth Rehabilitation Institute of San Antonio and Rehabilitation Hospital at Renaissance in both 2003 and 2006 respectively.

In his free time, Dr. Auer contributes and participates in his local church, Holy Spirit Catholic Church, where he also became an Extraordinary Minister. He is a member of his local Knights of Columbus chapter, and enjoys running, fishing, cooking and spending time with his family. Dr. Auer attributes his success to his mother, who drove his pursuit of excellence and taught him to deal with the pressure that awaited him in his career. Throughout his journey, he met his amazing wife, Gabriela Auer, who is an occupational therapist who specializes in pediatric therapy. She has always encouraged his pursuit of attaining his Doctor of Physical Therapy and thanks her for her love and support. He also attributes his success to the mentors he has met throughout his career, including Matthew Parker, PT, Mike Cao, PT, Dr. Ann Newstead, DPT, Dr. Richard Senelik, MD and Dr. Saroja Viswamitra, MD. Additionally, he attributes his achievements to his patients, who he continues to learn from daily.

In the future, Dr. Auer plans to continue to collaborate with EKSO Bionics, the National Stroke Association and the Amputee Coalition. He plans to maintain his CARF accreditations as well as obtain his CARF specialties in SCI and amputee. He plans to continue to grow the neonatal unit in reference to therapy, become actively involved in therapy-based research and facilitate and assist in developing the service line of hand therapy specialty for the hospital.